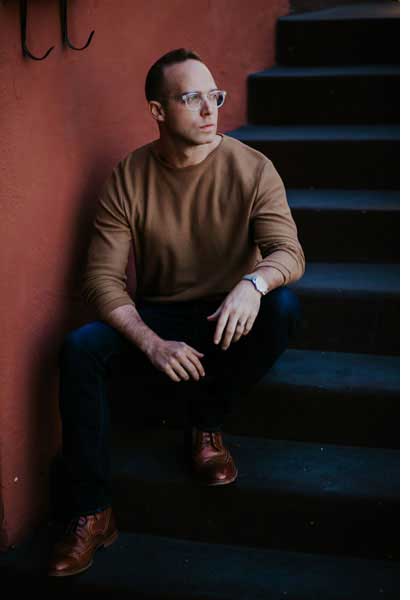 The recipient of the 2017 Sir Georg Solti Conducting Award, Christopher Allen has been featured in Opera News magazine as "one of the fastest-rising podium stars in North America." His conducting career was launched by the Bruno Walter Conducting Award and Memorial Career Grant, and has been fostered by Plácido Domingo and James Conlon, who brought him to Los Angeles Opera as an Associate Conductor.

In the 2016-2017 season, Mr. Allen made his Washington National Opera debut in Donizetti’s La fille du régiment and Florida Grand Opera debut in Cuban-American composer Jorge Martín’s Before Night Falls. He was seen at the A.J. Fletcher Opera Institute of the University of North Carolina School of the Arts in Catán’s Florencia en el Amazonas and debuted at the Opera Theatre of Saint Louis in the new revised version of Ricky Ian Gordon’s Grapes of Wrath. Mr. Allen also made his Atlanta Symphony Orchestra debut conducting a program of Wagner, Tchaikovsky, and Beethoven.

In the 2017-18 season, Mr. Allen will return to Opera Theatre of Saint Louis to conduct a new production of La traviata directed by acclaimed soprano Patricia Racette. He will also conduct the North Carolina premiere of Jennifer Higdon's Cold Mountain at North Carolina Opera and debut at The Atlanta Opera conducting La fille du régiment. Mr. Allen will lead Il barbiere di Siviglia at the Aspen Music Festival in the summer of 2018, and he will serve as music director of the Bel Canto Trio's 70th anniversary tour, featuring today's internationally acclaimed rising opera stars in the program originally toured by Mario Lanza, George London, and Frances Yeend.

Recently, Christopher Allen made his UK debut conducting The Barber of Seville at the English National Opera and debuted at the Lyric Opera of Kansas City in a production of L’elisir d’amore directed by James Robinson.

He was nominated as a finalist for 2015 International Opera Awards in London in the “Newcomer” category, and was named Musical America Artist of the Month in July 2015. Mr. Allen made his Los Angeles Opera conducting debut in Patrick Morganelli’s Hercules vs. Vampires. He also returned to the company as Associate Conductor in La traviata with Plácido Domingo as Germont, and was in charge of musical preparation for The Ghosts of Versailles, which won a Grammy Award for Best Opera Recording. He made his debut with Opera Santa Barbara in Rigoletto and returned to Intermountain Opera in Bozeman, MT to conduct a double-bill of Gianni Schicchi and Suor Angelica, as well as Don Giovanni. Mr. Allen made his Asian debut conducting Il barbiere di Siviglia at the Daegu Opera House. He prepared I due Foscari for Theater an der Wien assisting James Conlon with Plácido Domingo as Francesco Foscari and was the associate conductor to James Conlon on Lucia di Lamermoor, Falstaff, and the Britten Centennial Concerts at LA Opera. He returned to the Atlanta Symphony to assist Robert Spano on Britten’s War Requiem, as well as preparing a world premiere with Spano at the Ojai Music Festival. Other past assignments at LA Opera include productions of Don Giovanni, Tosca, Carmen, The Rape of Lucretia, Holdridge’s Dolce Rosa, and Madama Butterfly.

Since 2011, Christopher Allen has maintained a close relationship with the Atlanta Symphony working with Music Director Robert Spano and Principal Guest Conductor Donald Runnicles. He was on the music staff of Cincinnati Opera as an assistant conductor to Carlo Rizzi in Aida, Joana Carneriero in John Adams’ A Flowering Tree, Bernard Labadie in Die Zauberflöte, Carlo Montonaro in La traviata and Edwin Outwater in Astor Piazolla’s Maria de Buenos Aires. He made his debut at the Intermountain Opera Bozeman in Montana conducting La traviata.

Christopher Allen has been a recipient of numerous piano awards which have led to debuts in venues such as Carnegie’s Weill Recital Hall, The Kennedy Center, The Juilliard School and the Tenri Cultural Institute. While a student at the University of Cincinnati-College Conservatory of Music, his production of Benjamin Britten’s Turn of the Screw was awarded a National Opera Association prize. He was also the recipient of a 2016 Solti Foundation U.S. Career Assistance Award.